Today we introduce you a majestic aureus of Faustina the Elder, with the mythical goddes Fortuna on reverse, that will be auction in our Floor Auction 50, that will be hold on February 5th, 2020 in Gran Meliá Fénix Hotel in Madrid. 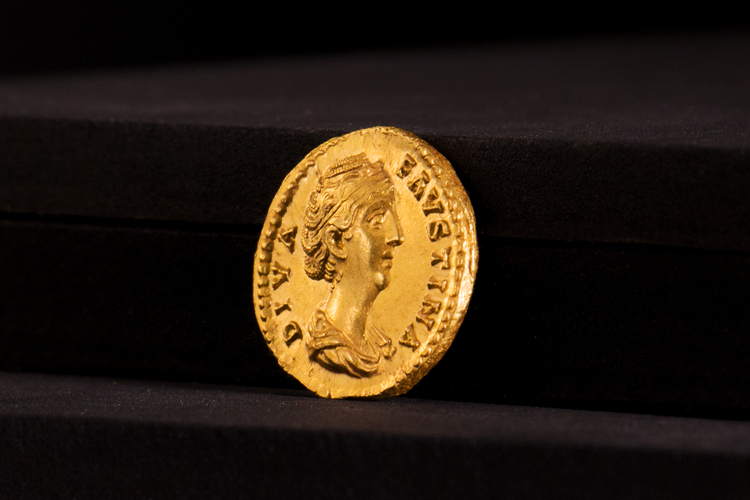 Born to a Roman noble family of Hispanic origin, she married the future emperor Antoninus Pius around the year 126 with whom she had two sons and two daughters. But of all her children, only Faustina the Younger survived and got married with the future emperor Marcus Aurelius.
As her husband ascended to the throne, Faustina the Elder was granted the title Augusta. As an empress, she was highly respected and much beloved for her kindness, as well as her beauty and wisdom. Such a queenly lady had to be portrayed (see the reverse of the aureus) with the goddes Fortuna who, according to the Roman mythology, was the goddes of the fortune, good or bad, although she was usually connected with good luck.

Her allegory used to be the wheel of fortune, some kind of roulette, which referred to the fate or the randomness of good or bad fortune. In our portrait the roulette has been replaced by a celestial globe, whose perpetual motion also announces good fortune; and, to emphasize this, she takes over the helm which lets her conduct the humankind´s fate.