Today we introduce you an extraordinary silver Essai by Vasselon of one Ecu Constitutionnel, which is royal on the obverse, while constitutional on the reverse, that will be auction in our Floor Auction 50, that will be hold on February 5th, 2020 in Gran Meliá Fénix Hotel in Madrid.

On the obverse, completely monarchic, the portrait of Louis XVI, looking to the left and with his hair tied to the back of the neck with a ribbon; the inscription says: LOUIS XVI ROY DES FRANÇOIS / 1791 (King of the Frenchmen). 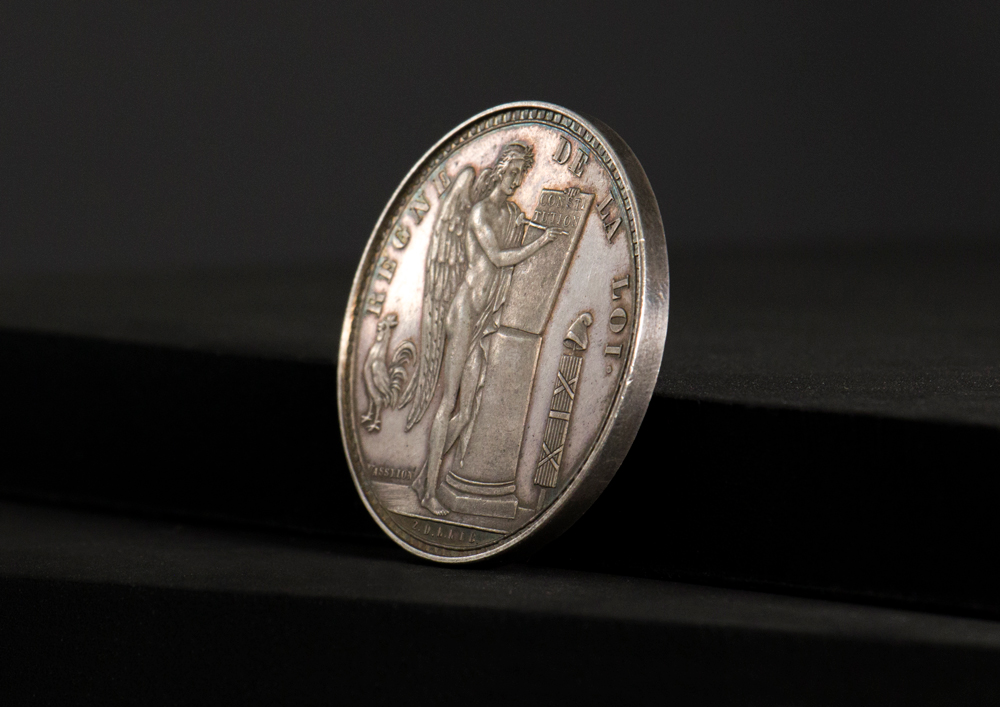 In the field, the winged genius from France engraving the word CONSTI / TUTION on a board lying on an altar; on the right, the faisceau de licteur (in Latin: fasces lictoriae), (bundles of the lictors), which is an object of emblematic nature in France. It is used as a symbol of the justice, the recognition of a legitimate authority, the power of the people, the Republic and sometimes the revolution… It was finished with the Phrygian cap, which symbolizes freedom since the French Revolution.

On the left, the rooster, which can be found in the Gaulish coins since ancient times and became a symbol of Gaul and the Gallic people as a consequence of a word game, as the Latin word gallus means both cock and Gaulish.