Cyzicus and the cereal

Today we introduce you a magnificent tetradrachm from Mysia, that it will be auction in our Floor Auction 50, that will be hold on February 05th, 2020 in Gran Meliá Fénix Hotel in Madrid. We are facing a specimen in an extraordinary condition that doesn´t usually appear frequently in the market and it is a great opportunity for greek coins collectors.

Cyzicus, Kyzikos in Greek, was a Greek town from the Marmara See region, in Mysia, where coins were minted for the first time between the years 600-550 BC.

From the first mintings, the symbols of the lion and the tuna fish can be found in these pieces struck in electrum, but it would not be until the middle of the VI century BC that Cyzicus started minting silver coins.

This beautiful tetradrachm points out the importance of the cereal for the inhabitants of Mysia in general and Cyzicus in particular. On the obverse, we find Kore Soteira (Persephone), daughter of Zeus and Demeter, embodiment of vegetation, connected with spring and fertility. Her head is garnished with a triangular earring, her hair held back with a band with a sprig finishing and the rest of it covered by a veil.

On the reverse, the lion and the tuna fish, classical symbols that have been mentioned above. But we can also find a cereal grain under the letters HI on the right. Desirable piece full of symbolism in the purest Greek style. 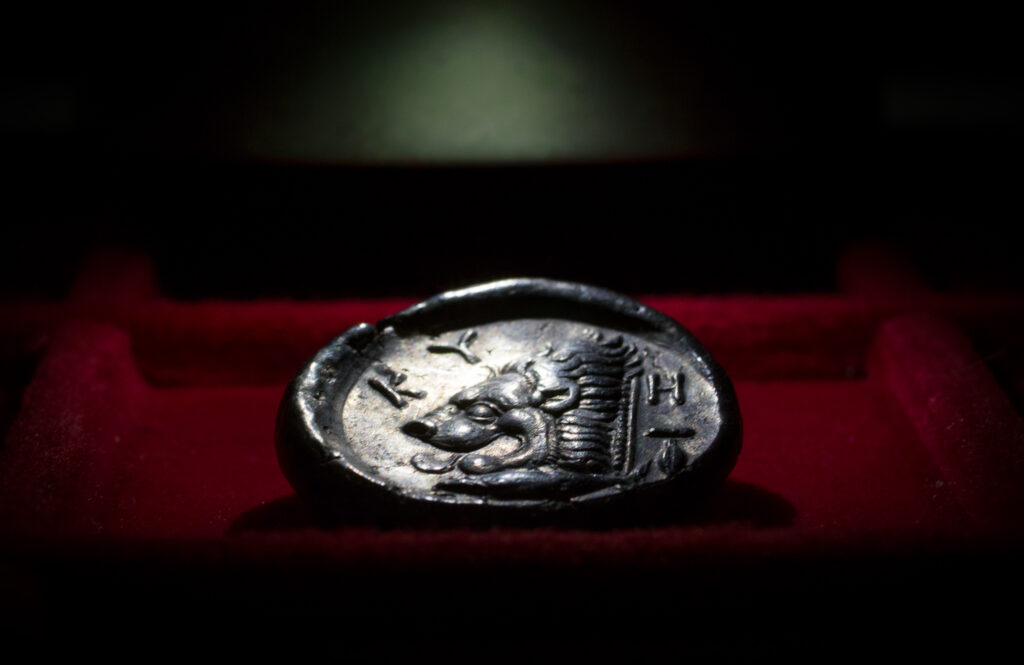