The triumph over the moor

Today we introduce you an amazing 4 reales of the highest rarity, of Charles and his mother Joanna, and minted in Zaragoza in an 8 reales module, that will be auction in our Floor Auction 50, that will be hold on February 5th, 2020 in Gran Meliá Fénix Hotel in Madrid.

We find ourselves facing one of the most amazing coins from the cabinet of Charles and his mother Joanna. The fact that this piece was minted in Zaragoza makes it even more important.

This four reales is made following the Castilian model, but, doubtlessly, the image was put ahead of the need. Very few coins were minted in those days in the Aragonese mint. From the year 1520 to 1547 (this coin’s date) this mint remained inactive. So they made their debut with this “luxury” piece, as a manner of “presentation” or “ostentation”. 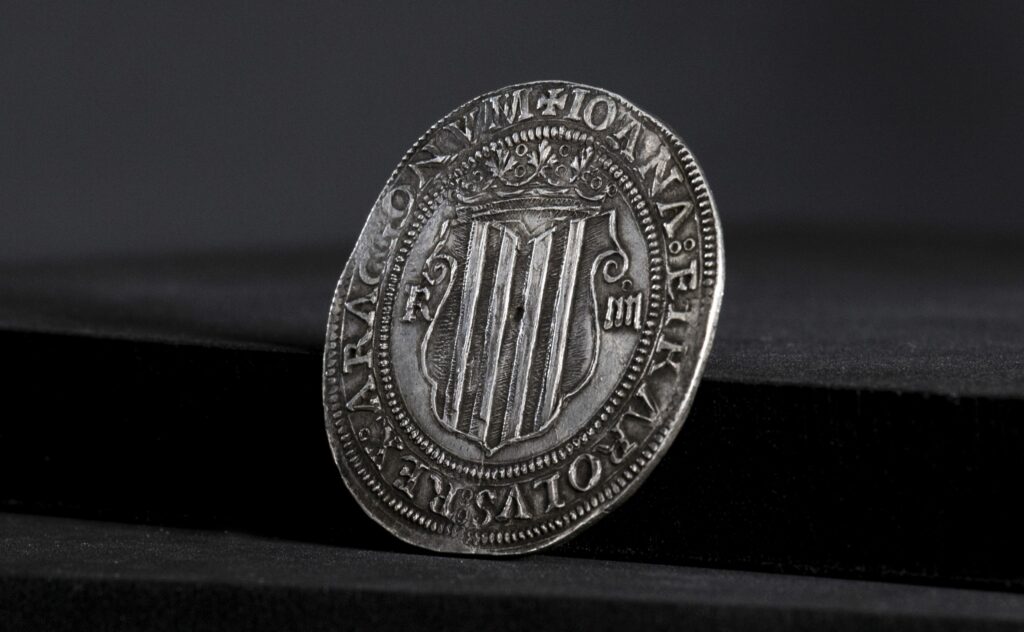 A curious fact is that the same die used for this obverse was used again eight years later to mint the ten reales.

On the reverse, at the sides of the quarters, we can see the mint: C-A, the acronyms of the city: Caesaraugusta or Caesar Augusta, which was the Roman name for the city of Zaragoza. Regarding the inscription: TROPEA RENVN ARAGONVN, it seems to be an abbreviation for “Trophea Regnum Aragonum”, which we would dare translating as “Trophies from the Kingdom of Aragon”, with reference to the coat of arms with the four Moorish heads which, doubtlessly, refer to the crusade spirit.

At all events, it is an impressive piece of which there are only three known pieces and will certainly delight the most exquisite collector.